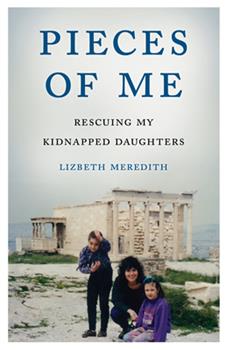 Domestic violence is the most common killer of women around the world. (Global study on Homicide, Gender-Related Killing of Women and Girls, U.N. publication, Vienna, 2018). We know this. It’s not a surprise. Leaving a domestic violence situation is most deadly in the first two weeks, but a few very determined men continue to find ways to abuse their wives, ex-wives, partners, and children even after they successfully leave.

For Lizbeth Merideth, nothing could have prepared her for what happened. She got away. She had custody of her daughters, though the courts insisted on allowing their father unsupervised visitation despite his severe violence against her. She had a gut feeling it was the wrong choice but she was following the court order when she allowed him to take the girls for what should have been a weekend visit.

Years later, across oceans and borders, she fights to find and rescue her daughters. This is the subject of “Pieces of me,” her story of how she eventually recovers her girls and brings them home.

I particularly love the honest account of her struggle to reconnect with her daughters after years of parental alienation and across a language barrier. It is well worth the read. I hope you’ll read it and let me know what you think in the comments below.