One woman, Nzambi Matee, is on a mission to save her country and help the planet.

A materials engineer in Kenya, Matee is turning post-consumer plastics into bricks that are ‘stronger than concrete.’ Her start-up is called Gjenge Makers. The company is making a big impact on her area, her country, and the world by removing plastic waste products and solving the problem of building material shortages.

So far, it looks as though her bricks are being used to pave beautiful pathways and get people off the dirt floors they have traditionally lived with. This serves her community by making the area more beautiful and easier to traverse, especially in the rainy season. She has big goals to get her facility scaled up and producing bricks for housing and other construction materials.

Her work led to a nomination for a place among the “Young Champions of the Earth.” She was one of seven winners for the year 2020.

In this promotional video, you can see for yourself how Matee and her crew take the waste out of the world and turns it into useful (and lovely) products. I hope she finds the funding she needs to take this business to the sky. I would love to open a facility like it in my town!

Kid of the year!

With 5000 nominees from all over the US, the choice was a difficult one. Read about the finalists and the winner here.
I thought the creation of the new award category was a sensational idea. Adults seem to be making a mess of our world, maybe it is time to incorporate the ideas of innovative children in creating solutions for the problems they will inherit. 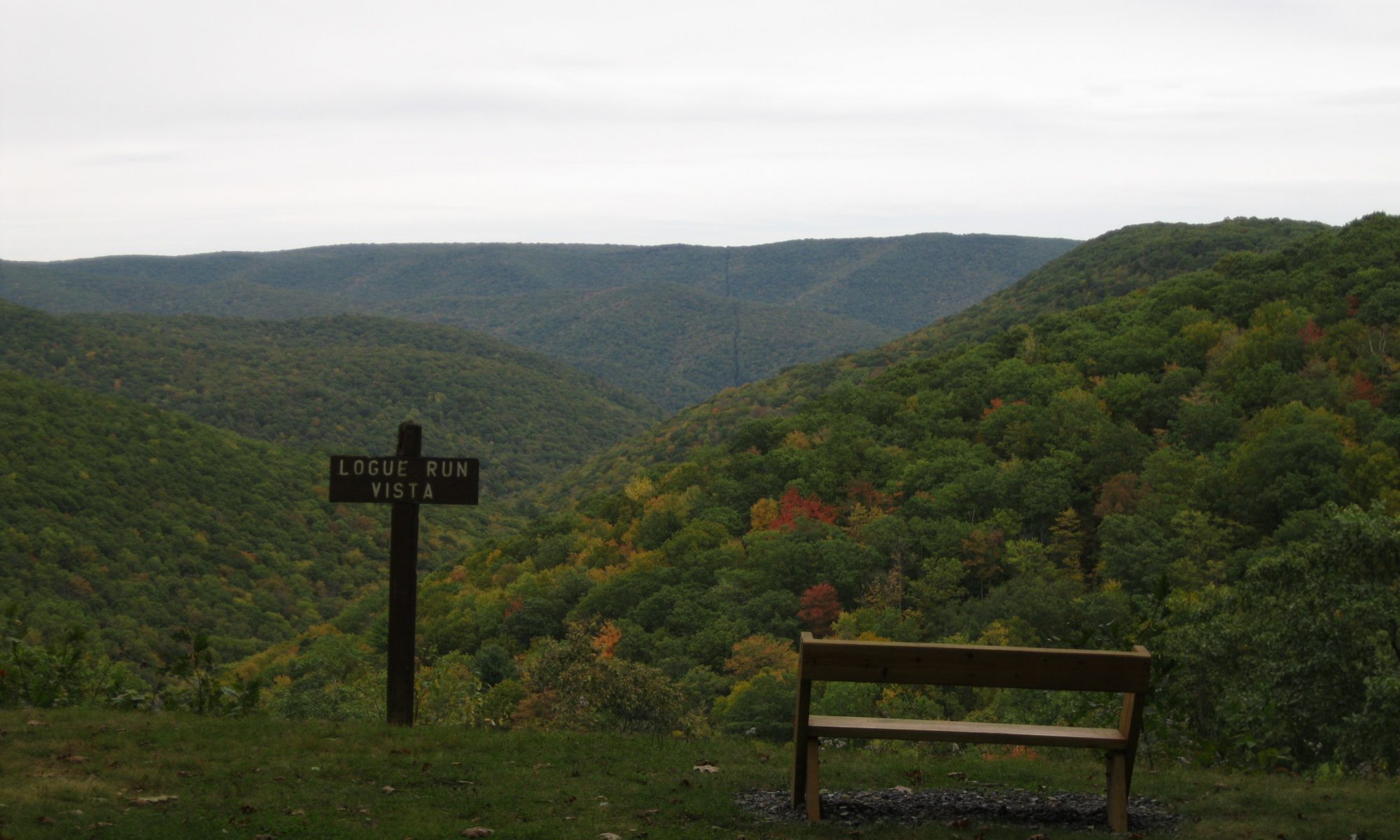 My children and I tend to bring a trash bag with us whenever we go into the woods. Human access leads to trash being dumped. We have upped our game and started taking walks and hikes with the express intent of cleaning the world. It’s their idea and I think therapeutic: It’s a tangible something they can DO to affect the state of our world.

I have always known that kids aren’t stupid, they’re just young. Because of COVID-19, kids across the country, and around the world, are out of school with a lot of free time on their hands. It’s not surprising that they are coming up with a lot of ideas about how to affect positive change in the world they will inherit. With the support of adults around them, they are working to make change happen. Big or small, I know their efforts are the right thing to do, for them and the people they serve. Follow the hyperlinks to articles for more detail on each story.

This young woman began hosting bake sales to raise money for Parkinson’s disease research. Inspired by a family who suffers from the horrible disease, she’s working to make sure others can have more effective treatments.

These Girl Scouts are collecting supplies to donate to the local animal shelter. They had plans to complete a group service project, but COVID-19 meant that they had to get creative with their project.

This young man started providing PPE to his community as an Eagle-scout project. He just couldn’t sit by doing nothing when he knew there were shortages happening.

I’m so proud of these young people getting out there to serve their communities despite the challenges of the pandemic. I look forward to the thoughts they will have about the world after this experience. Are you getting out to serve in your area? Comment below with your ideas!

Many times in my life being seen and included by strangers was the difference between having a really positive experience and having a bad one. Being given a ride by a stranger resulted in a short trip in a warm car instead of freezing at a bus stop. Being invited in to a party meant not being alone for a while. Being asked to stay for dinner could mean I got to eat that day.

After having lived in New England, even a smile and eye-contact when I’m out on a walk really brightens my day.

This is why I understand how much it meant to this woman that these boys noticed a her sitting alone and acted. A group of boys at a diner thought about it and made a difference (and a friend!). Here is a news report about it: https://youtu.be/xyhQyi_KrWE

Have you ever felt sorry when you saw someone who was obviously cold, alone, hungry, or excluded. What would our world look like if we were to act on those feelings and make a difference for others?

What small thing could you do to make a difference for someone else?

About a week ago I saw a woman on the side of a busy freeway. It was hot. She looked worried. She was driving a van, so I assumed she had children though I could not tell if they were with her.

I made a split-second decision to pull over to ask if I could help. It turned out she was out of gas. She had been waiting for an hour for road side assistance. She had three sweaty kids getting impatient. Cars had blown their horns at her. Thousands of people had simply rushed by. We chatted for a minute while I tried to think of how to help. I asked if they had water to drink. Then I realized that it would be complicated to drive back and forth, but I could simply go get her some gas and bring it back. It took me about 10 minutes to borrow a gas can from the station, fill it, and haul it down the road and back again to where she was stuck.

Once I’d poured the fuel I had into her tank, she could be on her way again. They could all cool off and get home. She gratefully returned the can to the station so that I could be on my own way again. She couldn’t believe that I had stopped to help. I thought that was a little sad. It should be normal to ask for and receive all manner of help from our fellow humans.

I hope you’ll join me as I continue to seek out opportunities to give a simple act of kindness to those who need it.

When I was young, my Maha told me stories of buffalo roaming the grasslands, wild and free, in herds of innumerable size. She told me that the “world would shake when they moved.”

Then she told me of the greed of the white man. She shared pictures of 10,000 buffalo skulls stacked into mountainous piles in the sun. Photos of 1,000 or more dead, skinned corpses scattering the grasslands. “You see, white man prized only their skins and tongues,” she said.

We spent hours making fry bread and buffalo stew. She told me of her days in an “Indian school” where they chopped off her hair, doused her with lice powder, and forced her to speak only English.

The wrongs my white ancestors and those like them perpetrated against her people are every bit as atrocious as the crimes of the holocaust, but we did not learn about it in school. White erasure is a primary issue in combatting the lingering injustices faced by our native populations.

They are murdered, lost, and left without economic growth opportunities. Those living on reservations live primarily in desperate poverty.

That’s why the return of the Buffalo matters so much. It means restitution and opportunity for a people that deserves it.

Read this article for more information on the amazing work that is happening now.

END_OF_DOCUMENT_TOKEN_TO_BE_REPLACED

An artist on Twitter (@MatthewTessnear) once posted that he was offering three canvases to followers that donated $25 to nami.org. I loved the idea. My bio-mother suffered from untreated mental illness, which was the primary reason for all of my childhood trauma. I fully support organizations that strive to assist people to live better and more productive lives because I know it impacts all the people who care for those individuals as well.

I donated right away and took a screenshot to send him. Then I realized that he lived in North Carolina.

My plan had been to gather the painting and donate it to a local protective services worker to give to a teen in foster care. You see, I know from experience that they often have very little and what resources they do have are used in trying to keep them supplied with basics. There is rarely attention paid to providing for their hearts. I thought about what joy it would have brought me to have received a beautiful canvas to hang in my room!

So I wrote to him and asked him to contact his local workers and offer it to them, on my behalf.

Here is my challenge: Gather artwork, create art, or ask for artwork donations (Medium/smaller sizes are likely best in case they have to move). Find your local protective services agency or children’s home and donate it. I’m calling “Art for the Heart” and I hope you’ll comment with stories and pictures as you do! Let’s get some love, beauty, and art into the lives of people who could really use it? 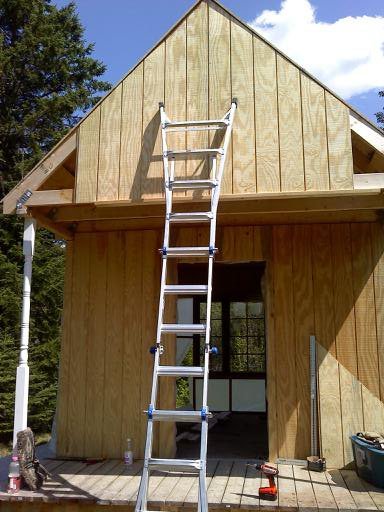 I’m a big fan of the ‘Tiny home” movement. I lived in 600 sq ft homes (or less) from 2007 until 2014. There is something wonderful about minimalism and small spaces.

Many people are downsizing as the economy falters or the gap between wealthy and lower-income families widens. Some choose it as a way to avoid crushing debt or to save money in order to pay off student loans while still having a space to call their own.

One innovative approach to the homeless veteran population is to create tiny home communities that offer not only housing but addiction support and access to social services and mental health care. This kind of solution could work for populations of all kinds; immigrants/asylum seekers, foster youth that are aging out, young mothers, even homeless families. We know that housing-first solutions can prevent the slide into substance abuse and create the opportunity for stability that everyone needs in order to be successful at holding a job and home on their own again. I hope you’ll look more into this and support the work that is being done. Maybe you could support the project creating a community like this in your area?

A great article about what they are doing is here: https://www.nbcnews.com/nightly-news/former-politician-jason-kander-pushes-make-mental-health-services-available-n1027951

When I was in elementary school we were marched from our classrooms and gathered in a field one morning. The whole school was told to hold hands. We were forming a school-wide circle of hand-holding in association with the “Hands Across America” project. In 1986, it was a fundraising project to shed light on issues of hunger and homelessness in the U.S. by stretching a human chain across the continent. Many people ended up forming very large circles in towns or schoolyards, like we did, in solidarity with the event.

Today, I was moved by the joint effort of millions of women banding together in the hope of achieving a similar goal of shedding light on issues of equality for women. This attempt was far more successful than it’s predecessor. I raise a glass to the power of collaborative movement!

A Dallas man searches the streets for unsheltered people, hoping to drive them to shelters on the coldest nights.

He’s been cold, hungry, and sleeping rough himself. This article shares how he now does what he can to help keep some of the most vulnerable in our society alive when everyone else looks the other way. Or looks right through them.

Thank you, B.B. for seeing them as people, and for doing what you can to help them stay warm and alive.